Have you ever had to try to find a lawyer?  It seems one will always need a lawyer when in a pinch and time is precious.  They can see you weak, across the desk from them, looking for a life raft.  I had never even spoken to a lawyer in my life, I didn’t even know what a retainer fee was.  Not to mention just trying to get past the front desk to get an appointment with one.  I thought they were suppose to help, not be unreachable.   I didn’t have a lot of faith going in.  Hell, no one cared to help us up to that point, why should I expect anyone now?

By this point we were out of college and the Ex was well into his job.  I had studied and passed all license exams for insurance along with starting my own agency.  We were college graduates using our degrees and paying our bills while having a life at home that consisted of a fucking hurricane with non-stop worry. At this time the Ex and I were good.  We were the only ones on the same team fighting a rather lonesome battle. Since his job took up the most time and I had a more flexible schedule I designated myself to find the lawyer.  Plus, Rebeca was technically my family and we figure that was an important factor.

I think I started by Googling.  Family lawyers?  That sounded about right.  I did some research.  Was anyone else in the same boat as us?  The closest was the classic Grandparents getting custody from the nutty daughter.  Not second cousin of child, with a boyfriend, both fresh from college.  Nope, we weren’t the norm.  I just started jotting down names and numbers and went down the list calling and hoping.  It was narrowed down by what paralegal wasn’t a bitch and who was willing to politely listen to me and then what lawyer was willing to give me a free consultation.  (They act like they are so  fucking generous to do this.)

I went to them all, one by one.  By the time I got to the second to last lawyer, we sat in his office and he literally told me to give it up, basically laughing at me saying it was useless and we didn’t have a case.  This is how kids have it these days he told me, the biological Mom has rights.  I was already sick of hearing that but I was learning it was never the kids being protected it was always the bio parents.  That asshole actually wrote a number on a piece of paper and slid it across the desk to me.  A retainer of $5,000.  I think I said something along the lines of go fuck yourself and then sat in my truck in the parking lot with tears running down my face.  I still had to go back to work.  I still had to call my Ex and fill him in on the latest.  This was what my life had become.  Drying the tears before I walked in to work and continued to build my business from scratch.  I would continue this crying in the parking lot scene for almost two years.  I always carried extra cover-up make-up.  At 23 my life wasn’t exactly normal compared to my friends.  It was hard to explain to someone why you felt so strongly that you weren’t suppose to give up, that you believed in what you were fighting for.

The day I found our lawyer I was on my last leg and had nothing left in me to be polite or care.  This guy took my call and I slid past his paralegal and everyone else fairly simply to find myself across his desk crying before I even got started.  Amongst the mess on his desk Lawyer pulled out a clean piece of paper, turned the ringer off on his phone, handed me a box of Kleenex and told me to start from the beginning.  Then he listened, he wrote it all down, he nodded politely in the correct spots and asked a lot of questions.  When I was out of tears and he had multiple pages filled he set his pen down and stared at me.  He was younger looking, cute almost, dark hair and dark eyes.  The pictures behind him showed a blond-haired wife and a few younger kids.  The certificates on the wall showed years of accomplishments and his time in the Marines. His specialty was actually helping fathers gain custody of their kids in a divorce.

I think we were both sizing one another up in this moment while we had our own internal debates.

This isn’t going to be easy.  This is going to cost a lot.  This isn’t a normal case.  I can’t make promises.

Lawyer was telling me things I already knew.

They are going to tear you and your boyfriend apart.  Every inch of your lives will be exposed.  If there are any skeletons in your closets I need to know now. You both have to be willing to work with me.

My boyfriend had some speeding tickets.

Think harder,  anything at all that they could put against you.  Right down to MIP’s when you were younger, anything.  Anyone out there who would come out and say something bad about either of you.

Nothing.  Neither of our parents are even divorced.  We grew up small town, middle class, private college, normal.  Nothing in our pasts.

I’ll do it.  There is something here that says to give this a chance. (15 months later Lawyer actually told me what he was thinking in this moment.  That these kids don’t have a chance but he thought I just looked so desperate he didn’t know how to tell me no.)

Then Lawyer went through the basics, what might happen, the general process and everything else that sounded scary but we weren’t going to back down.  I think he thought we wouldn’t be able to handle it.  We covered money and I wrote a check for a retainer fee that I would later learn wouldn’t even cover two minutes worth of work.

For the first time in a long time I felt like I had someone on our team.  I felt some sense of hope deep down even though I knew we had a long road ahead of us.  But I felt like we were making steps. From that moment on we didn’t have a lot of moments that gave us hope but I believe people come into our lives for a reason.  Lawyer was one of those people and believe it or not, we were those people in his own life. 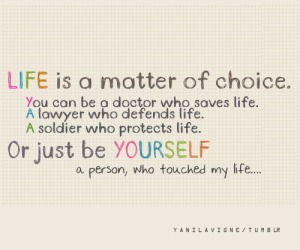 2 thoughts on “Finding a Lawyer”

I'm Sanibel and I'm your cruise director for this blog. I'm also a wife and a mom but those aren't my only jobs. I have a tendency to drink the wine and then write, which leads to more than you care to read about. I have a daily need for Yoga and Kenny Chesney, in no particular order. If you can find me a beach then life is good but I don't have a lot of sand for my toes in these cornfields. Welcome to the ride.

Through My Mistakes by Sanibel is licensed under a Creative Commons Attribution-NoDerivs 3.0 Unported License.
Based on a work at https://throughmymistakes.com/.